Here is a super easy breakfast recipe that you can certainly eat whenever you want. It is fast and used ingredients I already had on hand.

END_OF_DOCUMENT_TOKEN_TO_BE_REPLACED

After making breakfast pizza before, I didn’t make it again for awhile. Until now. I had been super happy with my latest pizza dough and I found a recipe to make breakfast pizza a different way. So, I decided to try to combine the two. I made the dough one night and then woke up in the middle of the night (thanks, Chiplet) to find out the power was out in the house. In fact, most of our region was without power from a wind storm. So, I was left with dough that I couldn’t cook since our generator was not quite strong enough to risk using the oven. So, I contacted the pizza dough recipe creator on Twitter and he actually gave me the idea to try grilling the pizza. It was dry and not too cold out so I decided to give it a go. And of course it started raining as soon as I started grilling. And then it was so dark out that I couldn’t quite tell what I was doing. So, the first pizza was just so-so. Then a few days later I made a second pizza with the remaining dough and it actually turned out much better with the oven, so maybe a regular pizza would be fine on the grill but not this version? Who knows. Either way, this one was great.

As for our power?

END_OF_DOCUMENT_TOKEN_TO_BE_REPLACED

Today is a simple recipe that was inspired by some puff pastry recipes I found. I ended up doing my own using some Trader Joe’s dough I had stashed away. If you haven’t tried their puff pastry dough, you should. It’s only available around December, as far as I know, and not only is it a great price but it tastes really good because it is all butter like the DuFour kind. But for whatever reason, I like this one better and have had better luck with it. I didn’t realize it was a limited edition kind of product the first year, so the second year I stocked up!

END_OF_DOCUMENT_TOKEN_TO_BE_REPLACED

Look at me, I am sharing a recipe, and it is something out of my comfort zone! Let me start by saying I had some difficulty with dashi. Initially, I was going to buy dashi, but I couldn’t find one that wasn’t listing MSG as a first or second ingredient. I even went to an Asian store where I can usually find what we need. So, I decided to make it. But then I had a little issue of finding the ingredients for it. I think what I made was ok, at least for us.

END_OF_DOCUMENT_TOKEN_TO_BE_REPLACED

Just before our last trip to Maryland, I had made a breakfast casserole for the day we left. It was okay…but definitely not a recipe I would repeat. This was a recipe I found, and after a few changes, it was a recipe I have already repeated. It is easy to have the ingredients on hand, and it comes together quickly.

END_OF_DOCUMENT_TOKEN_TO_BE_REPLACED

I’ve seen breakfast pizza many places and not done the way I would like it…I like my eggs on the more “done” side and not running all willy-nilly over my pizza. I also want to be able to make it quickly if it is for breakfast. Or really, quickly for any meal. Who wants to work all day on a simple pizza recipe? This recipe from America’s Test Kitchen was perfect! The dough is something you make ahead of time, and it has built in time that allows you to make it a bit early or a bit late. The actual topping part is also simple. The longest part is cooking the bacon. 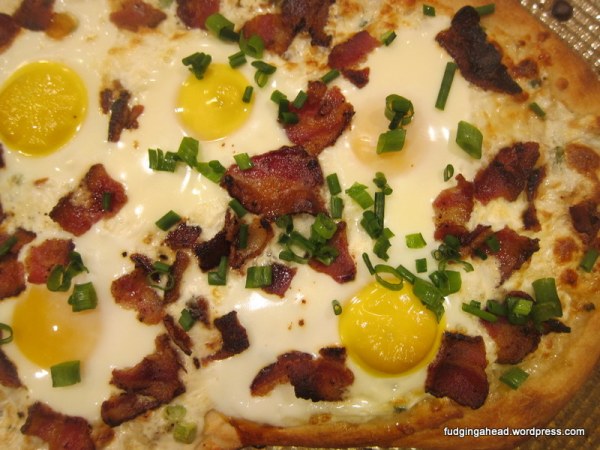 END_OF_DOCUMENT_TOKEN_TO_BE_REPLACED

I saw one of those speedy food videos that prepped a version of this which intrigued me. You know the videos I am talking about, right? They rapidly mix everything together to make it look really fast and easy and people go nuts sharing them all over social media. Who knows, maybe they will get some more people making stuff they wouldn’t have made before? Just don’t worry if your cooking takes a bit longer and if you’re like me and prefer reading a recipe instead of viewing a Snapchat-style video. But what do I know? I still prefer books over movies, haha. 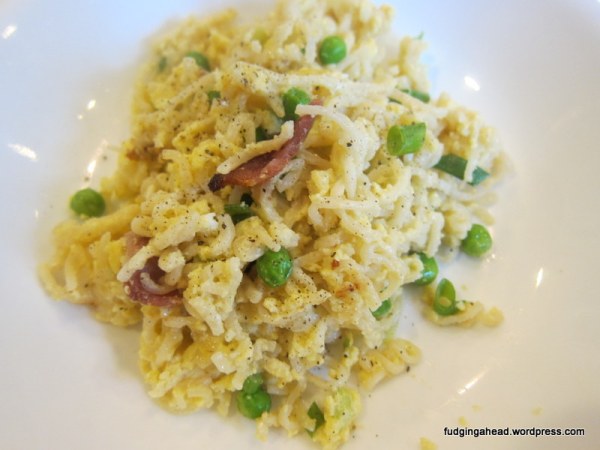