Welcome to the letter O! This was the week when we started doing fewer activities just because I felt like the Chiplet was needing less structure. But as usual, we started with making the uppercase O. 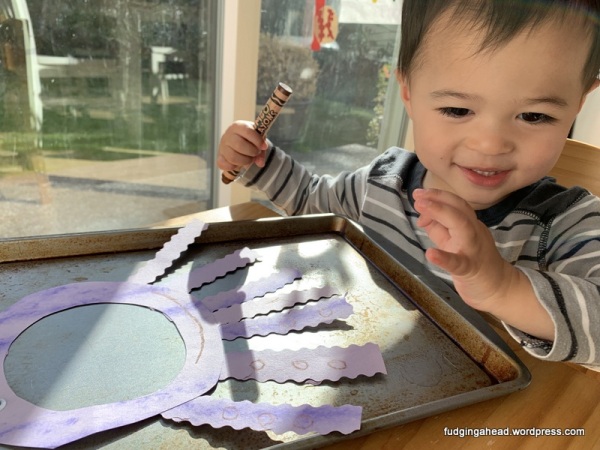 Octopus! I made a similar one with the Fudgelet, so this wasn’t too hard. 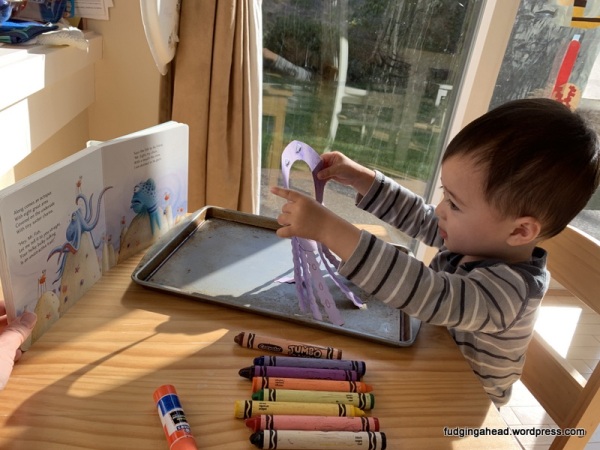 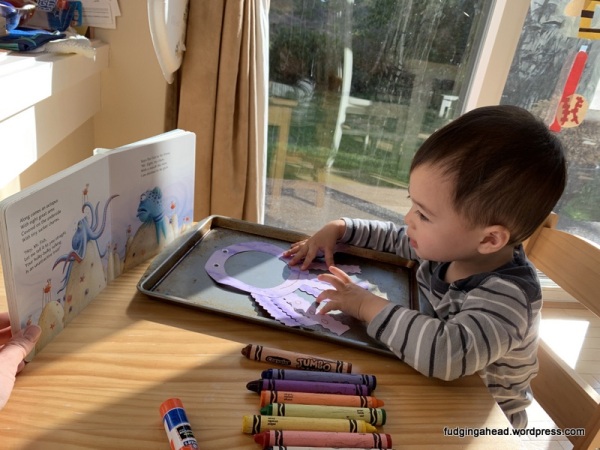 Of course we had to reread Pout Pout Fish to see the octopus in it. We also drew circles on the tentacles, but the Chiplet couldn’t quite do circles yet, so half were drawn with me holding his hand and then he scribbled the rest. 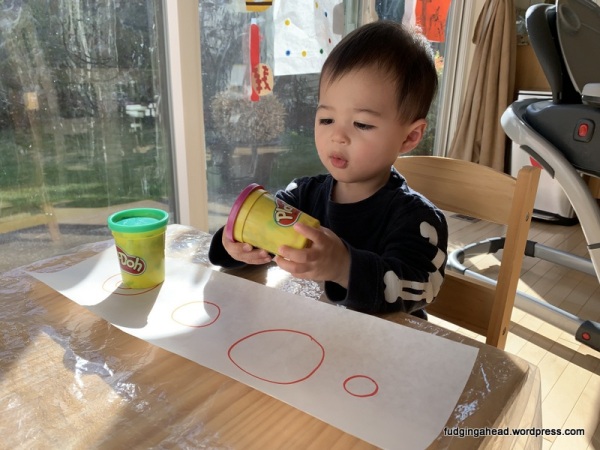 The next day we did Play Doh. 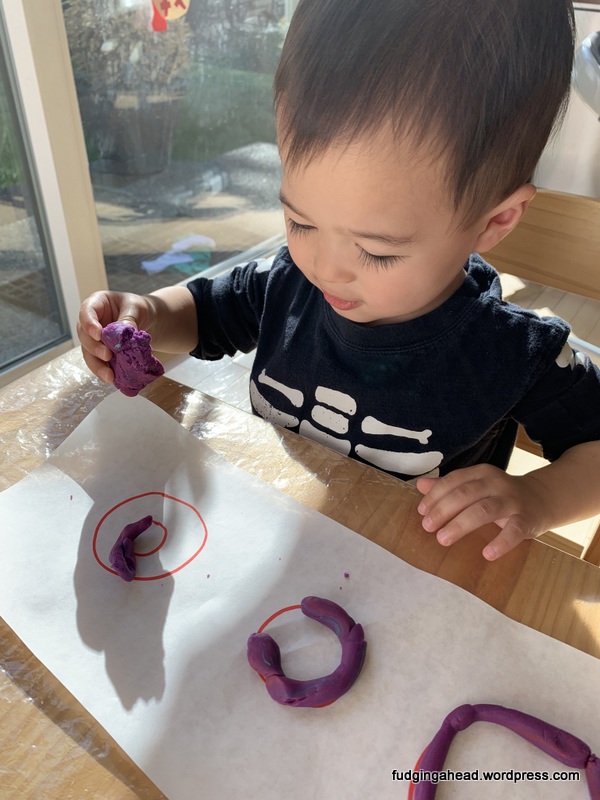 I drew different kinds of Os for him to familiarize himself with the shapes. It also worked to practice the concept of a circle. 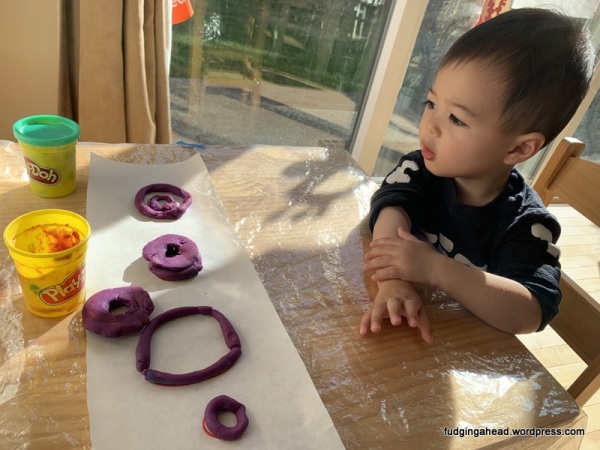 He needed some help rolling the logs to form into Os but still had fun. 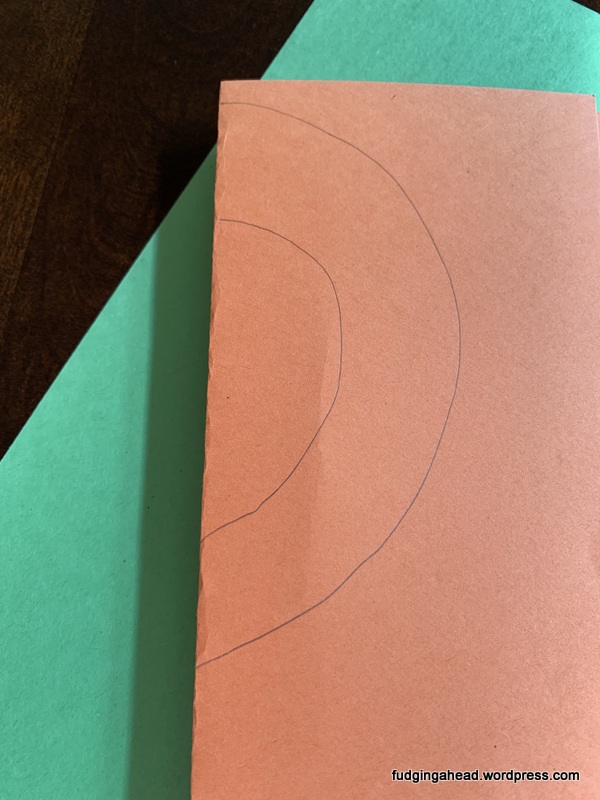 By the way, when you make some of the letters, especially O, don’t forget this trick of folding your paper in half and then cutting like this to make it symmetrical.

We used tissue paper to make our orange O-Orange even orangier. 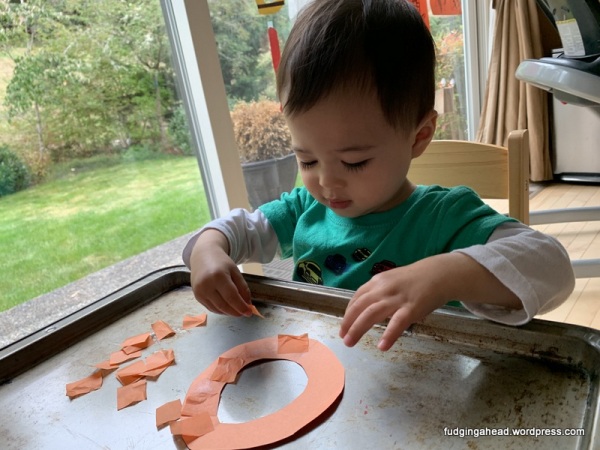 And then because the Fudgelet was up for it, we made an Oreo, too. 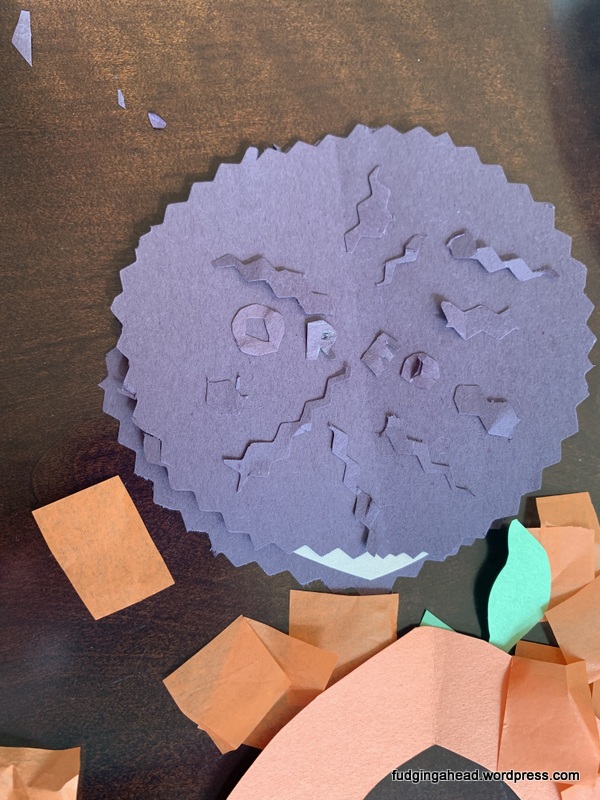 The final activity this week was kind of a bust. I put the lowercase and uppercase letters we had done so far on magnet tiles and was going to have him match them up, but he was super cranky after his nap and was not having it. 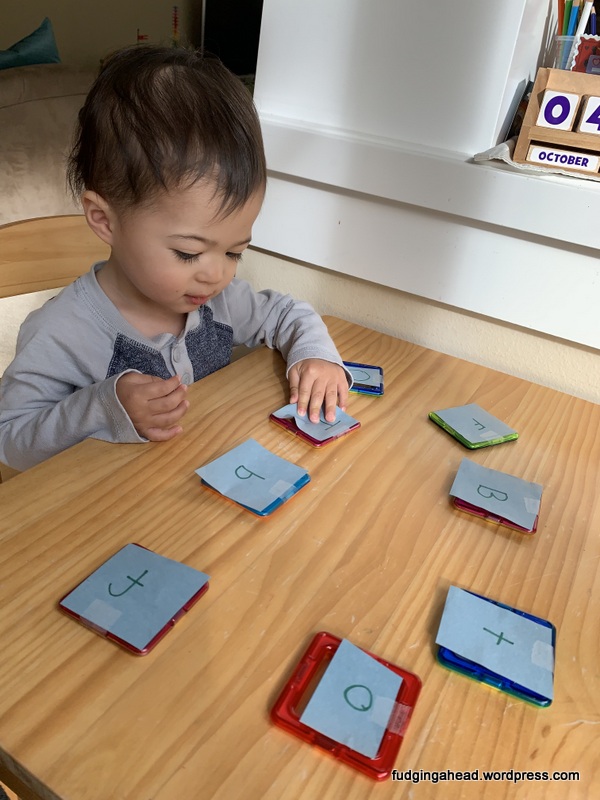 He ended up pulling the papers off instead and got angry. So, maybe it would work for your kid but mine didn’t like it that day.