It’s been a couple months, so it is time to share some more recipes that were just “eh.” Happily, like last time, these are mostly okay and we even enjoyed them but I doubt I would make them again for reasons I will share below. 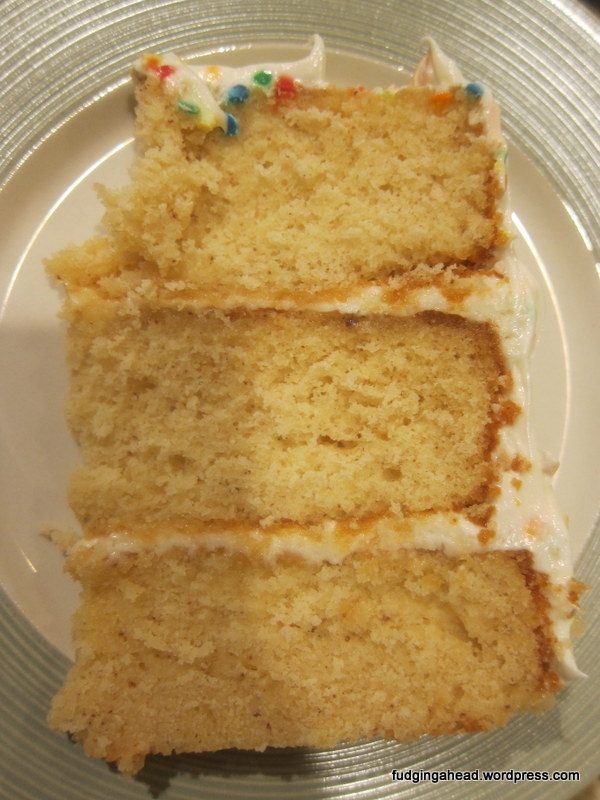 This cake needed to taste better than it did to justify all of its work. Even since becoming a mom, I still am down for making some complicated recipes, even if I haven’t made as many Momofuku recipes lately. But I also have a true appreciation for streamlined dishes. If it isn’t a necessary step, then why is it included?

This is a cake from Serious Eats. You toast sugar…

and brown the butter…

and then do the regular cake making steps… 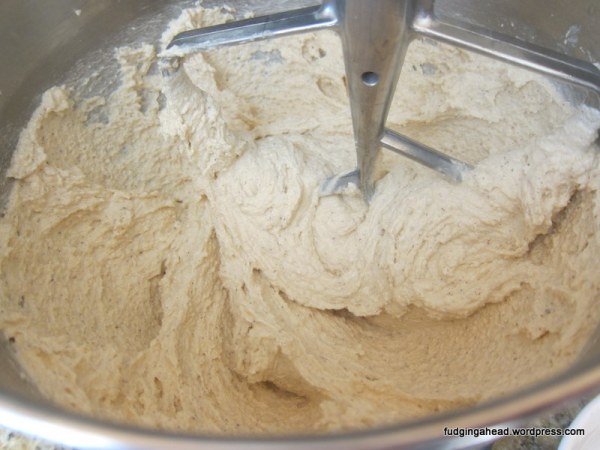 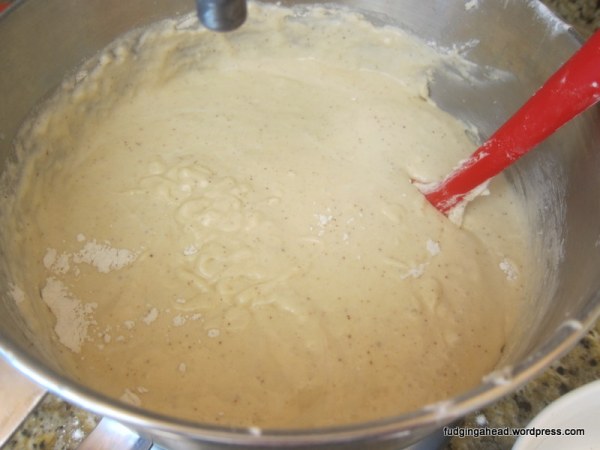 You might say it is because I didn’t use a top-notch frosting but that shouldn’t matter when just taking bites of the cake. I couldn’t get much of the toasted sugar/brown butter flavors and I wanted to really taste it to make my time not wasted.

After all of the work for the cake, I was kind of spent and it was a perfect chance to try some canned frosting since the Chiplet can eat most of those. 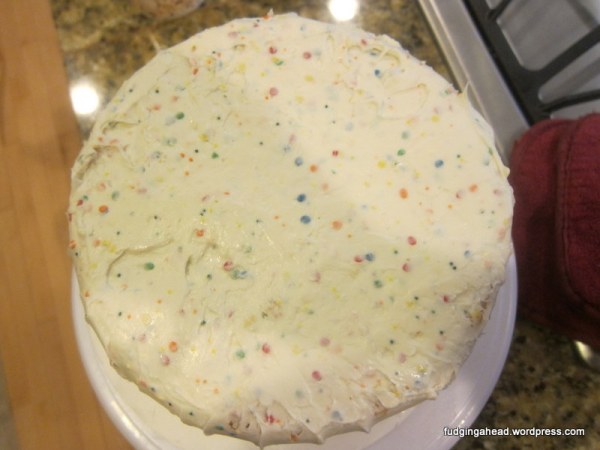 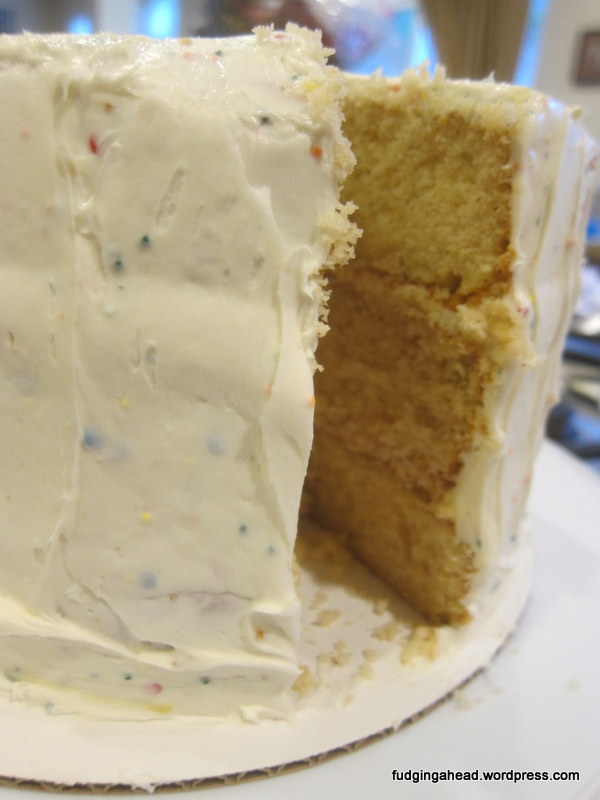 The fact that I enjoyed the frosting more than the cake? Yeah, not worth my time. I’d rather make one of the other vanilla cakes I’ve made before.

For another Serious Eats recipe, this is a copycat fried chicken recipe meant to be hate-free chicken.

This one wasn’t unnecessarily complicated, but I wasn’t a big fan of the end product. The chicken marinates for just a couple hours and I really didn’t enjoy the end texture of it. It’s the same reason I won’t sous vide chicken since I don’t like my chicken being too soft from marinating/etc. It makes me feel like it is raw even if it is cooked through. I did like the coating, though, and would possibly repeat that. Additionally, the chicken was super salty. I would cut back a lot.

On a sweeter note, I decided to try some Ina Garten scones that the Fudgelet and I watched her make. I’m not sure if it is because they are chocolate ones. I’ve kind of decided that chocolate in scones is not my favorite. I love chocolate, but I like my scones to have other inclusions. 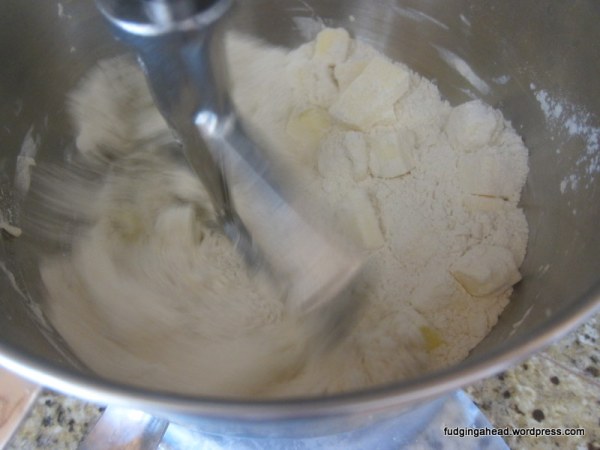 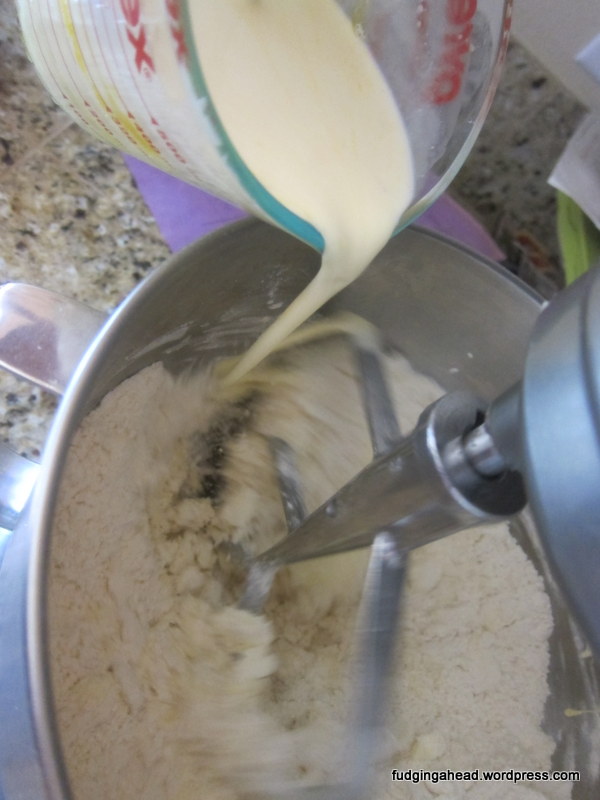 But once again, I felt there were some unnecessary parts to this recipe. Like Ina’s annoying habit of using extra-large eggs. I bought them for this recipe and then had no other reason to use them…I used them for scrambled eggs and such, but it was annoying to have to buy them. And the method to making these scones didn’t make them taste scone-like for me. They were too close to biscuits. 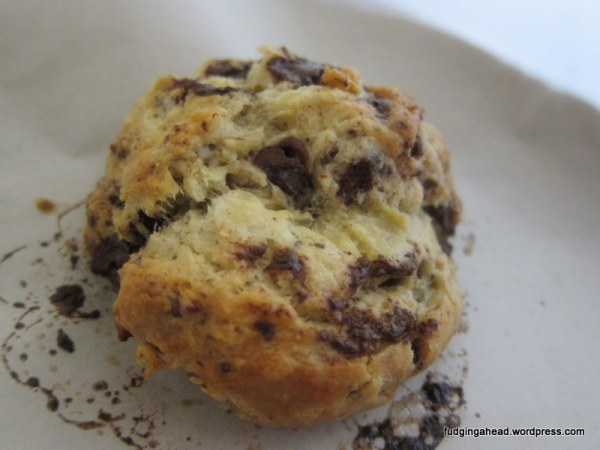 For another unnecessary-step recipe, I have a scrambled egg recipe from Chrissy Teigen. It didn’t taste bad, in fact the eggs were good. But, they weren’t amazingly good that I want to bother with sauteing shallots

and having cilantro on hand, as well

just to end up with a slightly fancier scrambled egg.

Not bad, but not one I will repeat.