As you (might) know, my posts tend to be a bit delayed on here. I usually can’t make a recipe and have time to write about it immediately, so that’s how it goes. I actually am writing about this party only a couple days after it happened, but just posting it about 2 months after the fact. The Fudgelet normally parties at home for his birthday. This year, since it was his last birthday as an only child, I decided to go somewhere. Since he loves blueberries, we were going to do a two part one…pick blueberries, then go to a park and play/eat. Well, as you see, I said “we were.” We had a rainier and cooler spring this year which meant berries weren’t ready until near the end of July (normally they are ready around July 4). And then the park part had to get cancelled, too, since it ended up raining that morning for a bit (the first rain of the entire month, and then some). Siiiiiiigh. So, back to hosting it at home! He was a little disappointed at first, but then recovered when he knew that everyone was still coming here. He cared more about seeing his friends than the park. 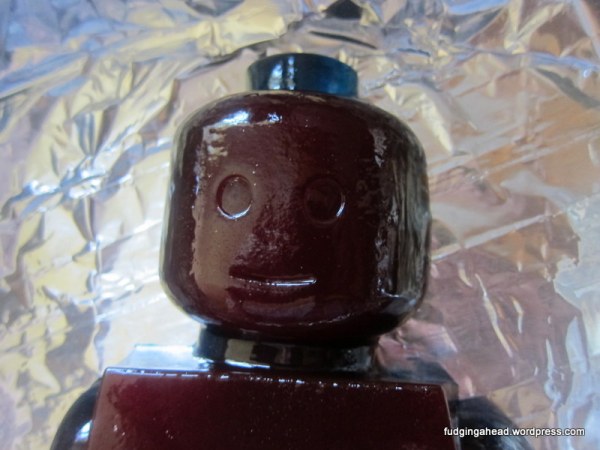 Because most of the pictures I took from the party were of the kids playing, and I didn’t do decorations this time because I wasn’t planning on having it at home until an hour before people arrived…this post is mostly about the food. 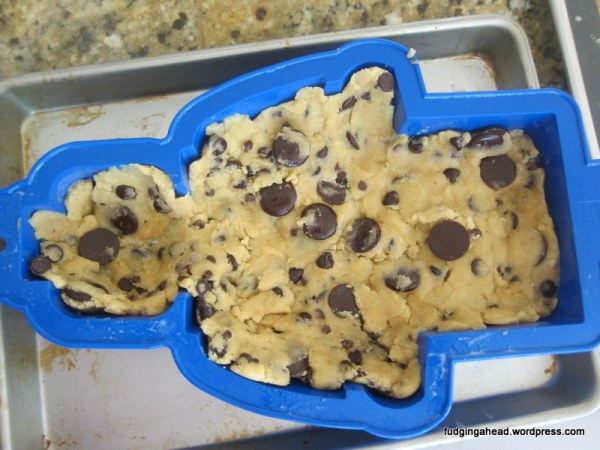 I started with my chocolate chip cookie recipe and actually made a double batch. I baked some cookies as part of the party bags for people, and used about 20 cookies’ worth of dough to make the Lego man. 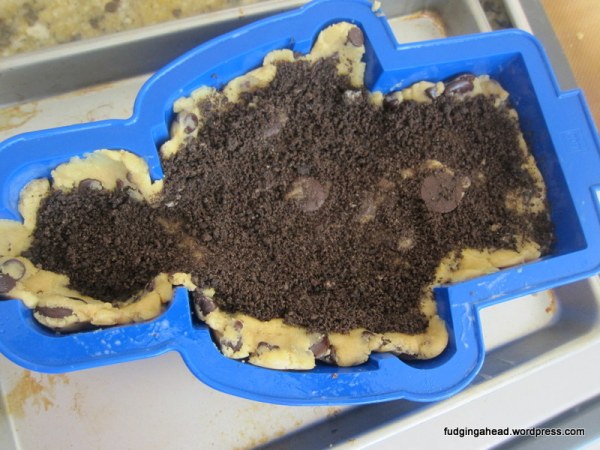 Then, I made a double batch of this brownie recipe and used part of it to go in the rest of the Lego man pan (and used the rest in an 8×8 inch pan for a different party I attended). 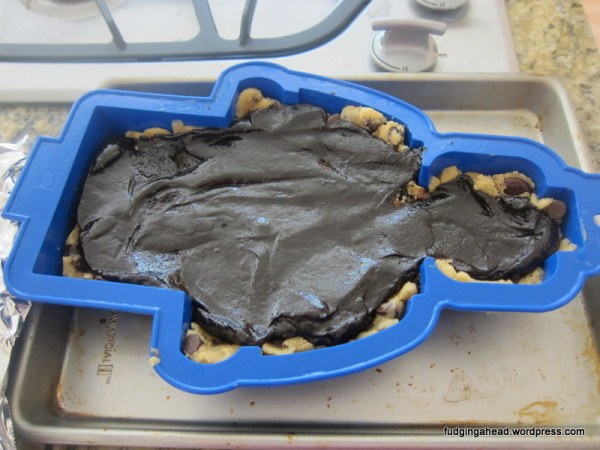 Then I baked it at 325 degrees F until the brownie was cooked through (about 30-45 minutes). 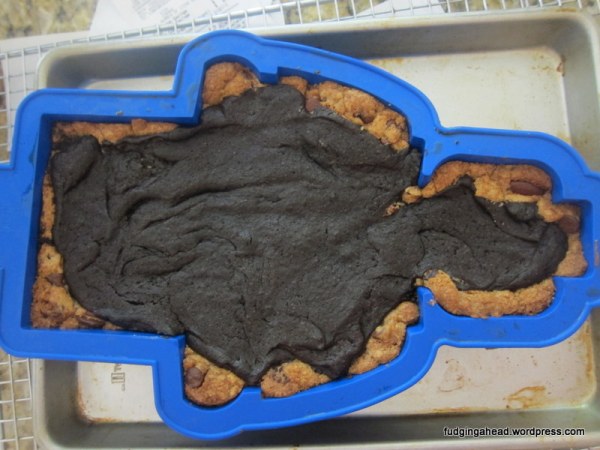 I let it cool completely before flipping it over and removing the mold. 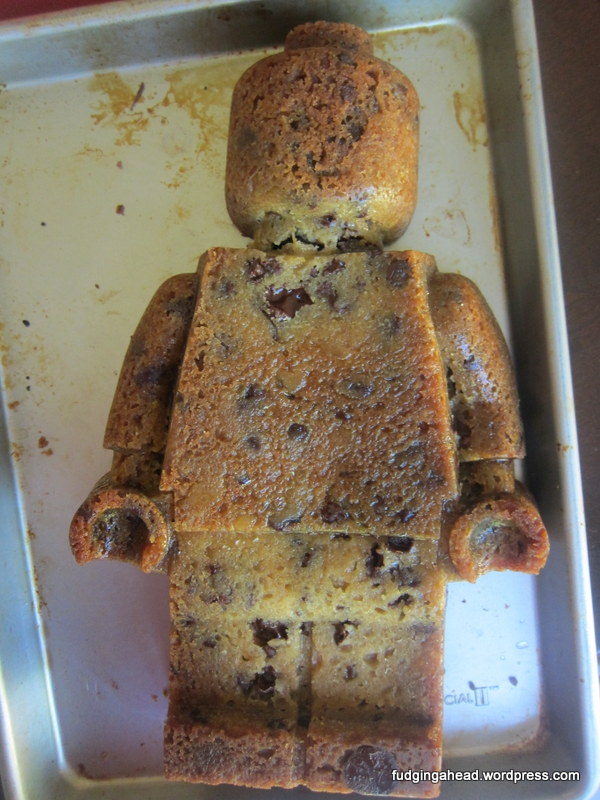 I froze the “cake” and then made this frosting recipe. The Fudgelet wanted the Lego man to wear a red shirt but I told him the best I could get was pink. He was fine with that. 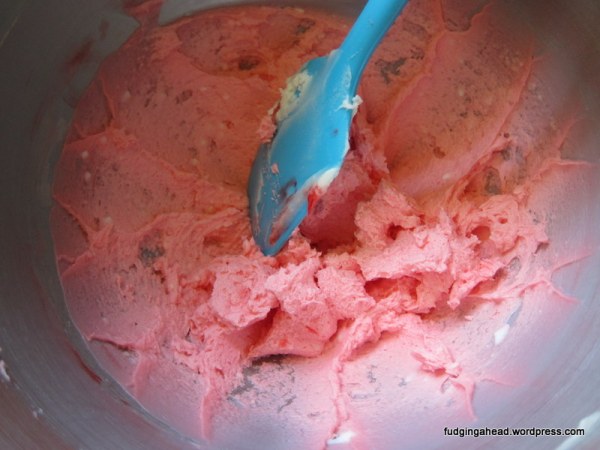 Then he (of course) wanted sprinkles on the shirt. The pants were green. 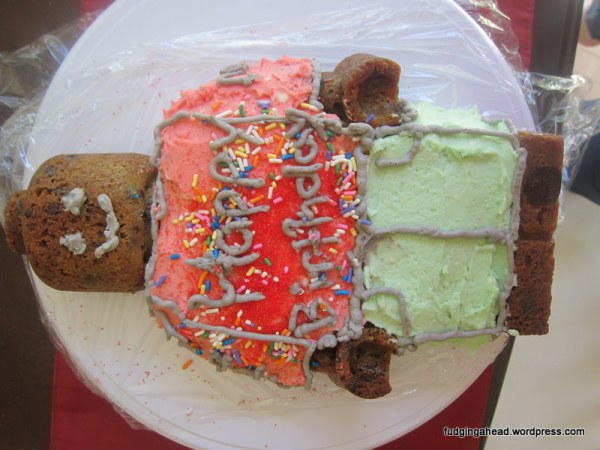 He campaigned hard for sprinkles on the pants, too, but it was so hard piping on the sprinkles, and it already looked quite over the top, haha! I tried to make a dark frosting, but I lack dark food coloring. So, it ended up purply/gray. 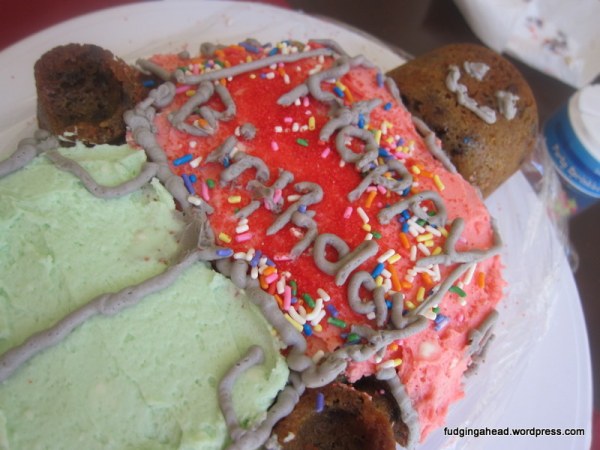 I ended up adding chocolate chips for the eyes, too, but didn’t take a close-up shot. 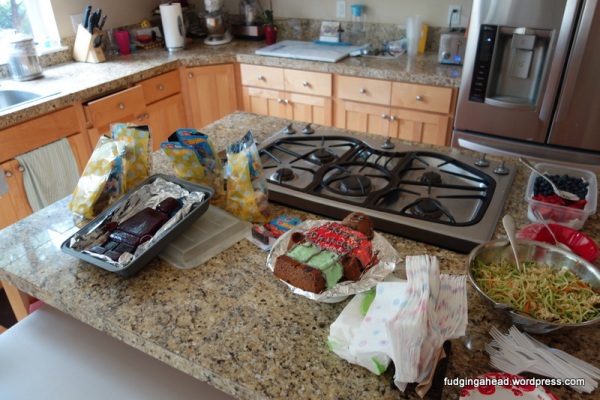 I also had berries and a ramen salad which was good (and I will share the recipe), and deviled eggs. This was all food I thought would travel well for a park…or just to the table, I guess, too.

And I made a Jello Lego man thanks to K’s suggestion. 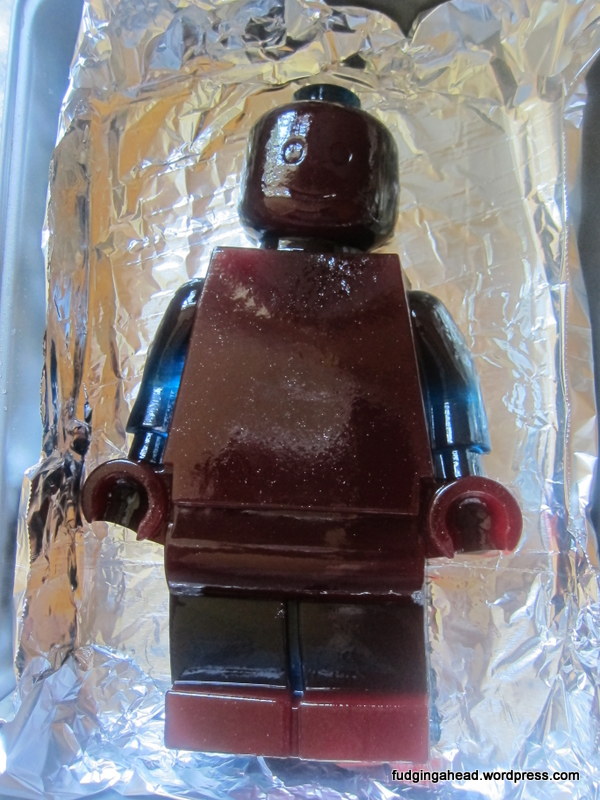 The Fudgelet didn’t like Jello (he wouldn’t take a bite and would just spit it out) but he liked that we had two Lego men and loved how it looked.

Update…we tried again later and he decided he likes Jello after all!

Before the party, he spent his time dancing… 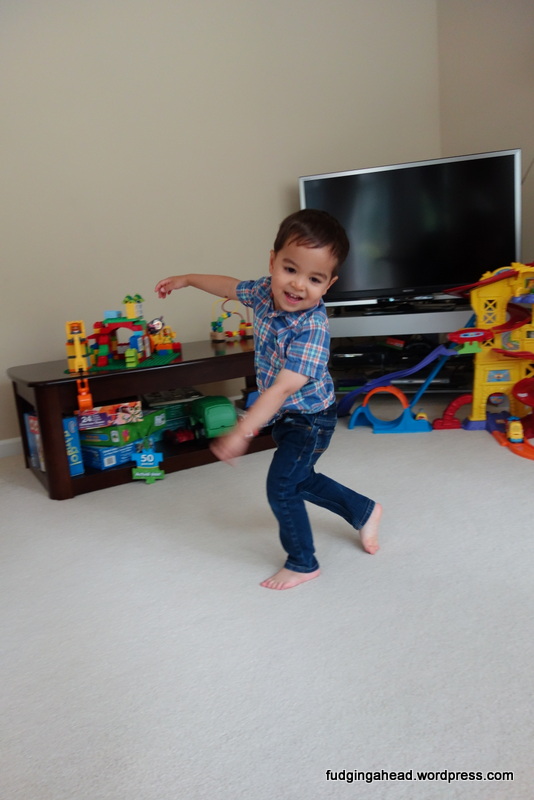 and doing a photo shoot, of course. 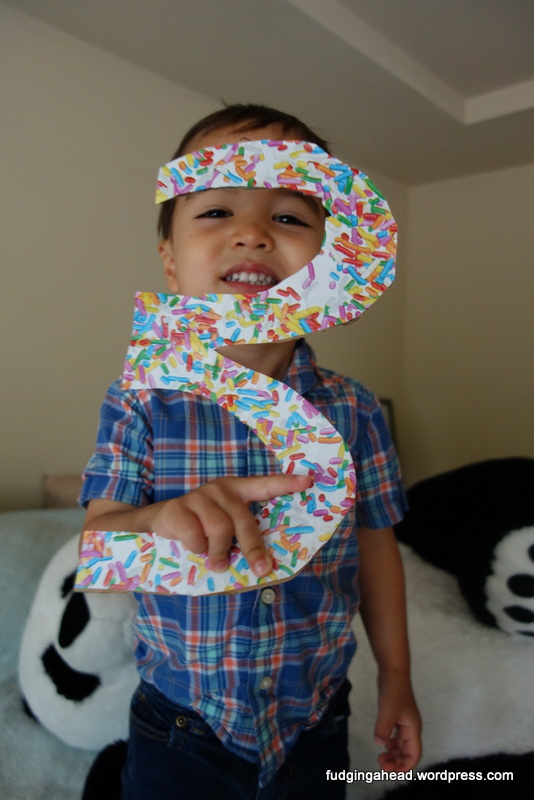