My parents used to make this for special occasions, especially their anniversary. I loved it! They would also make it with scallops, but would cook the two seafood separately since I don’t like scallops. This recipe is a bit fancier than what they would make since their recipe was more “a bit of this and a bit of that…and a healthy bit of wine” but it reminds me of those special nights all the same.

I’ve made this twice now, and the first time was as directed with shell-on shrimp, and it was amazing. The second time was still tasty, but the shrimp not quite as tender…I also used shrimp that only had the tail still on. It’s not that I needed the extra work done for me, but the place I went to didn’t carry raw shrimp with a full shell. Next time, I will try the full shell again to see if it is as amazing, and then I will update to specify that…otherwise, I will still say it is delicious either way. I wouldn’t do this with the shells completely off, though, since you need them to help flavor the sauce. 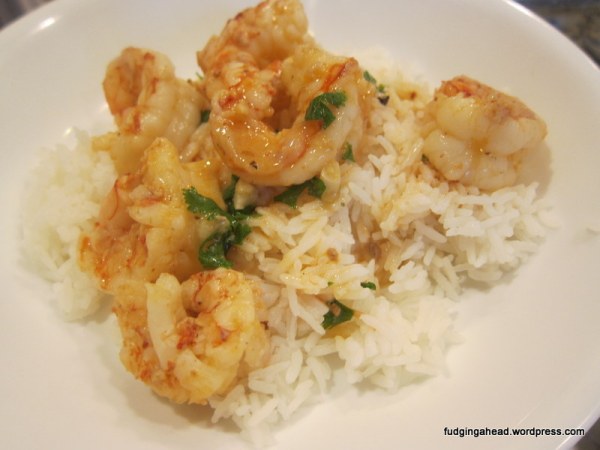