Sometimes, a recipe looks good in theory and even executes well, but just isn’t worth repeating. I’ve had a few of those recipes recently. The first was a garlic bread recipe from America’s Test Kitchen. I watched the video, and it looked delicious. Nothing too crazy if it actually worked as well as it said. Well, it ended up being fussier than I would like for garlic bread that tasted worse than what I usually make. Soooo, that was definitely not a keeper. I thought about trying it again, but I really don’t think it would matter. 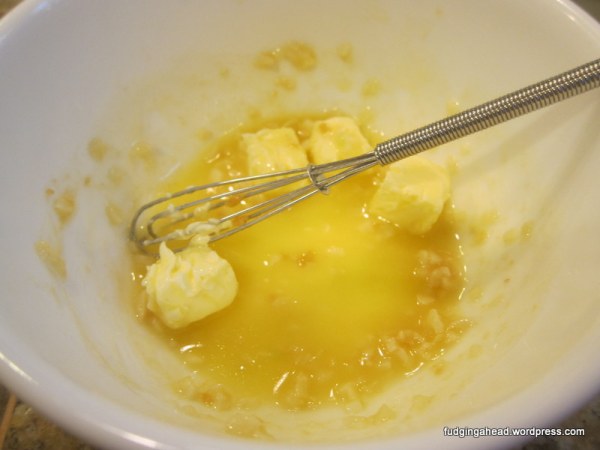 You microwave the garlic, melt some of the butter, whisk with more butter…and then spread it on the bread. 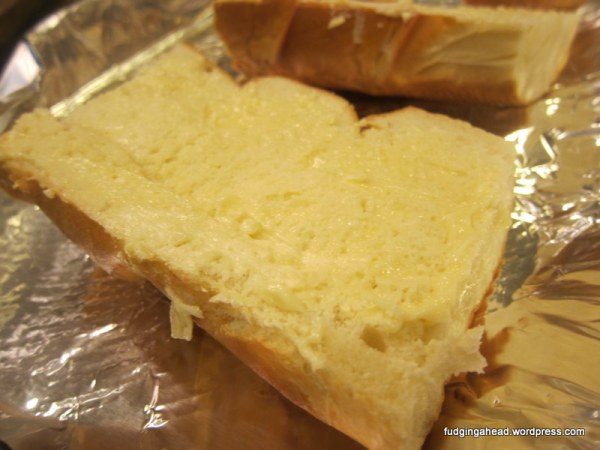 After baking a bit, then you bake it with a sheet pan on top, i.e. something else to wash later.

It didn’t bake as evenly as promised, and it didn’t taste buttery/soft inside…just a bit dry and crusty with minimal flavor.Next, I made another America’s Test Kitchen recipe called “Japanese-Style Stir-Fried Noodles with Beef.” It had lots of prep work and lots of steps for being a stir fry recipe. And the end result? Kind of odd tasting. Part of the problem was the anchovy fillets. We don’t enjoy fish sauce and apparently don’t enjoy anchovies. Fishy just isn’t our thing. I could make this again without them, but it was still a lot of work and I think I could make up my own stir-fried noodles with beef recipe and have better luck. 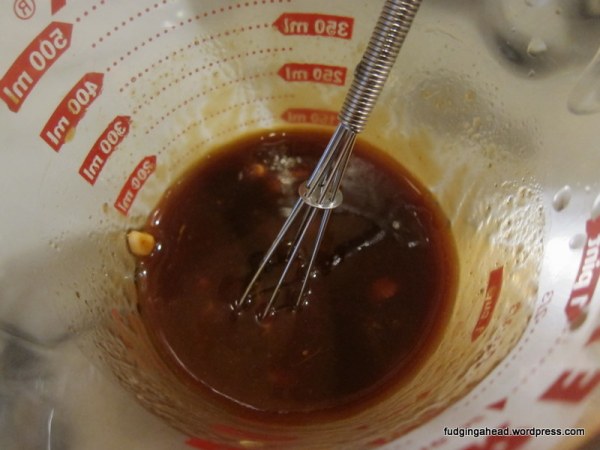 Lots of prep steps, then combining it all… 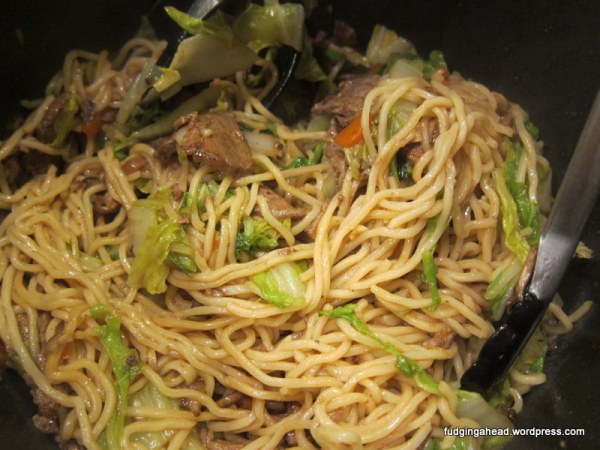 And then it turns into this: 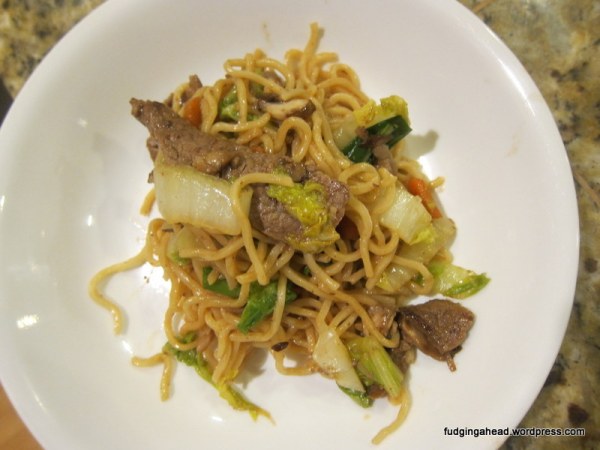 Not many strong flavors in it, other than the anchovy. Not our cup of tea, or plate of noodles.

Finally, I bring you a side dish of potatoes. These were supposed to be awesome potatoes that are crunchy on the outside and fluffy on the inside. You begin by boiling them, then roasting them. This means there is a long wait before the potatoes… 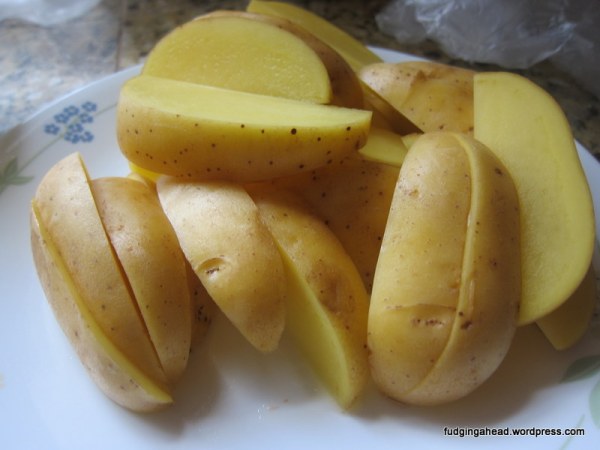 Lots of dishes used, versus my normal foil-lined baking sheet. And, they were soft, but not really crunchy.

I even roasted them for a bit longer hoping to get the nice color like on the blog where I got the recipe. Alas, it was not to be. 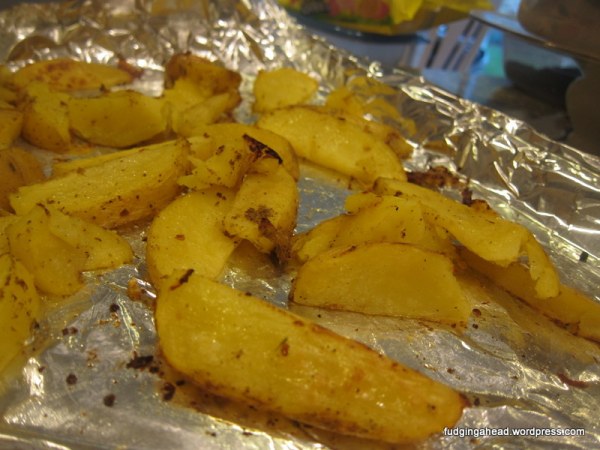 Again, these were edible, but not worth the extra time, steps, and dishes.