Let’s say you’re in the mood for a more low-key recipe. And that cold weather makes you crave ice cream like a certain husband of mine. Well, I have a … “recipe” for you. Really, it’s just my normal vanilla ice cream with some add-ins. But we need something simple sometimes.

Maybe you think homemade ice cream is not simple. If so, you could buy vanilla ice cream, let it soften a bit, and add in your mix-ins. But, if you have an ice cream maker, I encourage you to try it because homemade ice cream is just so tasty. Most of the effort is stirring and waiting. Which, I get it, waiting is hard when you want ice cream now.

Here is the waiting part…part 1.

A little more waiting…but you can prep your mix-ins now. 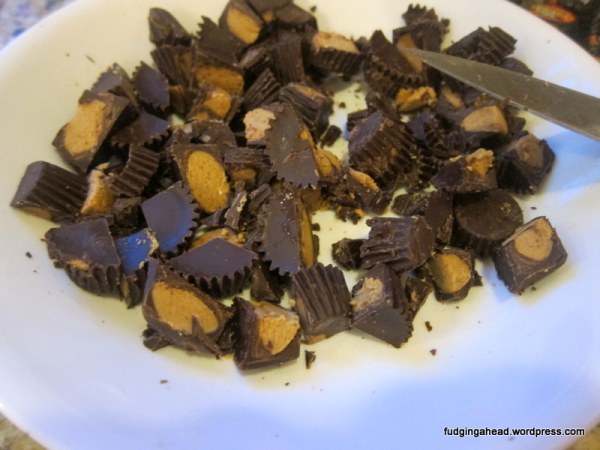 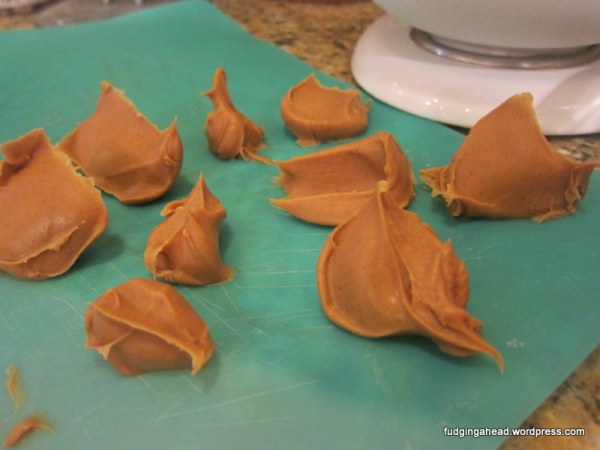 You could eat it now, but it would be super soft. It will still be soft after a few hours, but easier to eat.

In a medium saucepan over medium low heat, combine the cream, milk, sugar, and salt. Heat to about 175 degrees (or until the milk mixture is steamy). Scrape in the vanilla bean, then drop it in. Cover and remove from the heat to sit for about 1 hour.

Place a mesh strainer on top of a large bowl and have your egg yolks sitting out to warm up a bit to room temperature. Remove the vanilla bean from the milk mixture, add the egg yolks, then bring it slowly up to 180 degrees F while whisking constantly. Remove from the heat and pour through the mesh strainer into the bowl. Add the vanilla bean back to the bowl. Stir in vanilla extract if desired. Cover and chill for at least 4 hours or overnight.

Remove the vanilla bean before churning the ice cream. While the ice cream churns, have the mix-ins ready. When it is in the final minute or so of churning, stir in the peanut butter cups and peanut butter scoops (as many as desired). Scoop into a freezer-safe container to freeze for a few hours to become firm.