I’ve mentioned before that we were planning a big East Coast trip. The first leg of it was in Boston. I’d never been before, and K had gone but apparently been sick for it. This meant we had lots of ground to cover in a few days. We also had a couple friends to visit while there, which was nice. We stayed in a hotel which was mostly near everything. We never ate at the hotel, though, because we were right around the corner from Flour Bakery. That’s right, the place I’ve used recipes from! It was very exciting to actually go and try treats in person. Some were bigger hits than others. Chef Chang is known for her sticky buns, but maybe we’re just not big fans of them in general. We weren’t that impressed by it, but loved the twice-baked almond brioche. I wish the recipe for that was in her cookbook! 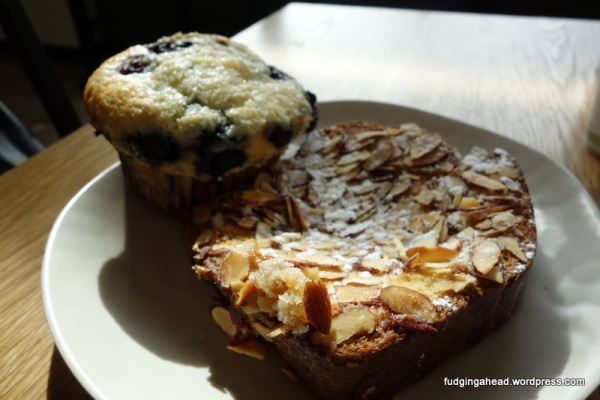 Oooo Brioche. I loved you. 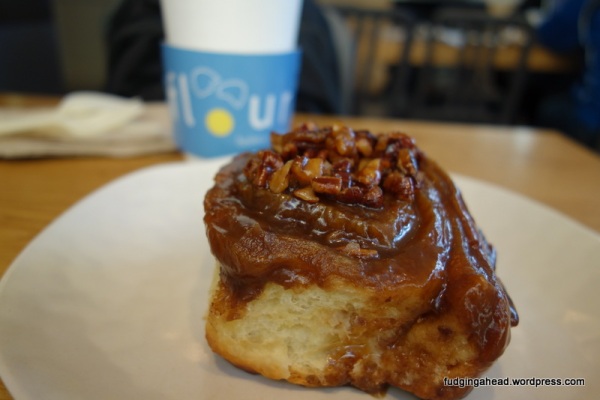