The finale of Italian Week…You might think, really? Another pizza recipe? Doesn’t everyone have a go-to one already? Haven’t you already made pizza? Well, I saw this one on a blog I follow, Life’s Ambrosia, and it peaked my curiosity. I actually wasn’t sure we had a cast iron skillet because I thought mine was ruined. The one I found and used was apparently mine, and somehow it improved itself with disuse. So, after making pizza a couple times in it and then keeping it around for other random tasks, it has found its purpose in the kitchen. It also is now properly seasoned, which makes it much easier to use. Yay! So, this is a perfect excuse to pull out your cast iron skillet. If you don’t have one, they are about $20-30 and are great for browning things, such as the mushrooms on this pizza. Now that I have one (again) I hope to make some desserts with it, too. 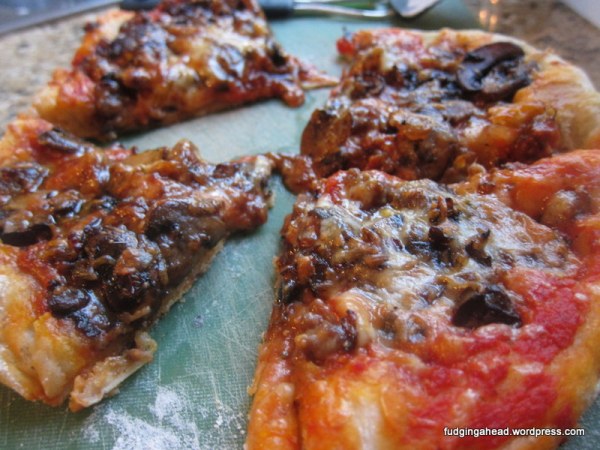