Let’s hear it for a quick dinner recipe that doesn’t require marinating the meat ahead of time!  My husband and I often make stir-fries using his mom’s recipes for quick weeknight meals.  They are great, but sometimes we pull the chicken out of the freezer and forget to marinate it in the morning for it to be ready for dinner. 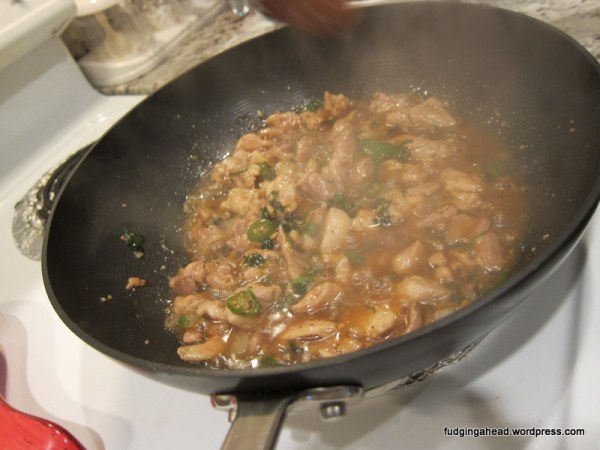 Luckily, I came across a recipe in Soup Addict’s blog.  It solves the problem of not having time to marinade something, but still wanting something tasty and worthy of rice or noodles.

END_OF_DOCUMENT_TOKEN_TO_BE_REPLACED

In my family, my mom led the tradition of a birthday dinner.  She would make whatever we wanted for our birthday.  I always had Cornish Hens cooked in her special way, along with roasted potatoes and whatever veggie I was in the mood for at the time (often green beans).  Dessert was usually a birthday cake that we used for a bigger birthday party.  Once we got older, birthday parties were smaller and the cakes became smaller, too.  Eventually, she began making special desserts for us. 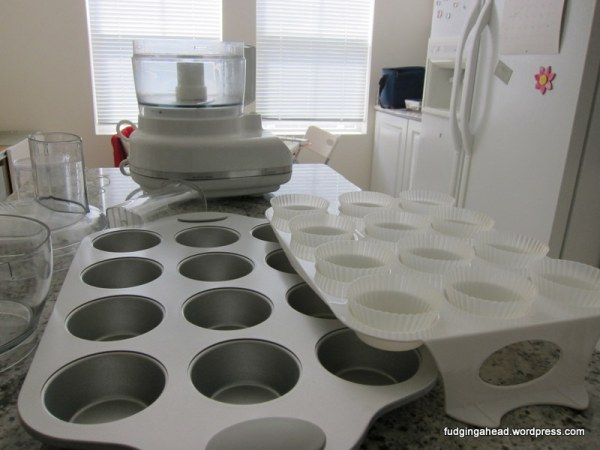 What can I make for K’s birthday dessert?

When I first was dating my husband, I wanted to extend the same tradition.  Birthdays were never a big deal for his family, so I wanted him to get as excited as I did for mine.  Dinners have fluctuated, but dessert usually involves something fruity for him.  And, it’s usually strawberry because they are super tasty in July.  The one big dessert he would have growing up were Carvel cakes, so I wanted to do a twist . . .

This past year, I surprised him with ice cream cupcakes.  This was before I had had our ice cream maker for long, so I didn’t make all of the ice cream that went into it–just the vanilla.  The strawberry was store-bought, but still tasty.

END_OF_DOCUMENT_TOKEN_TO_BE_REPLACED

Did you know how easy Ladyfingers are to make?  I had no idea, but I needed to find out to save my Bailey’s Marshmallows that didn’t turn out. 😦  I received Bailey’s as a gift, but since I don’t really like drinking alcohol, I was persuaded to cook with it.  I thought about making Irish Cupcakes (they are such the rage on the internet) but then wanted to try something a little different.  I’ve made marshmallows a few times before, and didn’t think it would be hard to make a Bailey’s version.  Since marshmallows are all about getting the proportions right, I looked up a recipe to know how much of the alcohol would be needed, and when to add it.  Well, the ratios didn’t seem quite right, but I went with it anyway.  I didn’t know if the alcohol changed the basic marshmallow recipe or not.  Unfortunately, the recipe was a dud because the marshmallows never set up the way they should, so I was left with a sticky, messy something that felt like a waste.  That’s when inspiration hit!

END_OF_DOCUMENT_TOKEN_TO_BE_REPLACED

After the meat guy at the grocery store scoffed at me for wanting beef tenderloin for my beef stroganoff, I knew I had to make it a good one!  Apparently he had never heard of using “such a fancy cut of beef” for stroganoff, but this recipe needs it because it turns a slow-cooker favorite into a week-night possibility. It’s another America’s Test Kitchen recipe.  I swear I am not attempting to cook every recipe in there (well, maybe every yummy-looking one).  This recipe is done in about an hour, and that was even with me taking my time and forgetting about veggies until near the end.

I decided on this dish for two reasons: I’d never made it before, and I’ve been having a real love affair with mushrooms lately.  They have been popping up every week for a while. 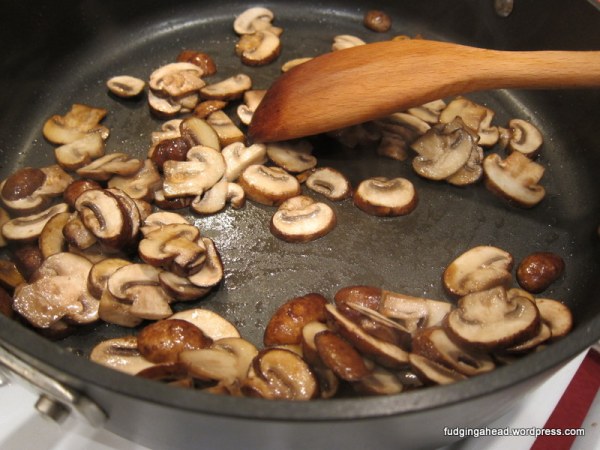 END_OF_DOCUMENT_TOKEN_TO_BE_REPLACED

A good friend bought me the Momofuku dessert cookbook and we’ve been baking different recipes out of it.  My slightly failed layer cake from my first post was so that I could make the lemon curd from the book as the filling.

When I saw the compost cookie recipe, it reminded me of cookies another friend had made for me a long time ago.  I think she called them kitchen sink cookies.  Basically, she tossed a whole bunch of ingredients she knew I would like into one cookie.  What makes these so awesome is how you can customize them for your eating audience.

It’s a pretty basic cookie recipe, what with beating the butter and sugar together– 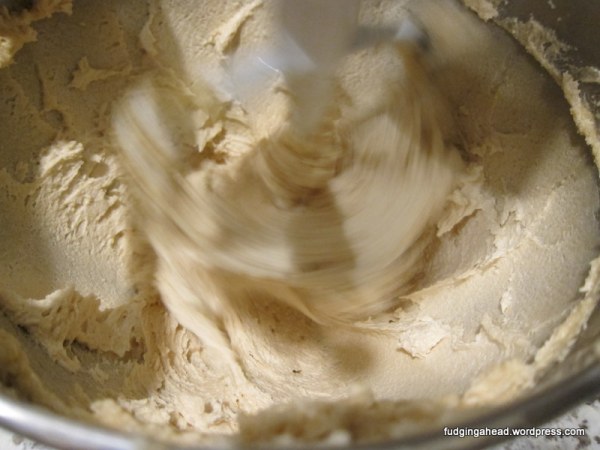 Before this recipe, I don’t know if I ever beat butter and sugar as long as I was supposed to. It got super fluffy, and I’ve been following the same method ever since.

I had to assemble the “compost” part next.

END_OF_DOCUMENT_TOKEN_TO_BE_REPLACED

You are in part 3 of 3 of a candy bar pie consisting of 6 recipes from the Momofuku Milk Bar cookbook.  Go here for part 1 and here for part 2.

This day involves one recipe of filling, and one recipe for final assembly.

END_OF_DOCUMENT_TOKEN_TO_BE_REPLACED

You are in part 2 of 3 of a candy bar pie consisting of 6 recipes from the Momofuku Milk Bar cookbook.  Go here for part 1 and here for part 3.

Day two wasn’t too bad.  I just made one recipe:

For this, you need to put some heavy cream, butter, salt, and vanilla extract in a bowl. 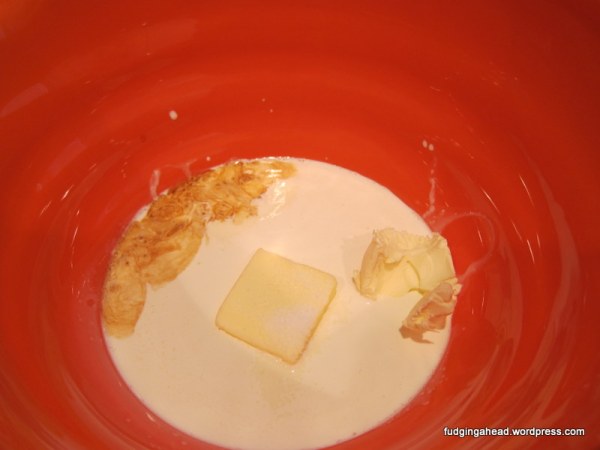 Then, you make a caramel with glucose (I used corn syrup) and sugar.  I love watching the color change from white to amber. 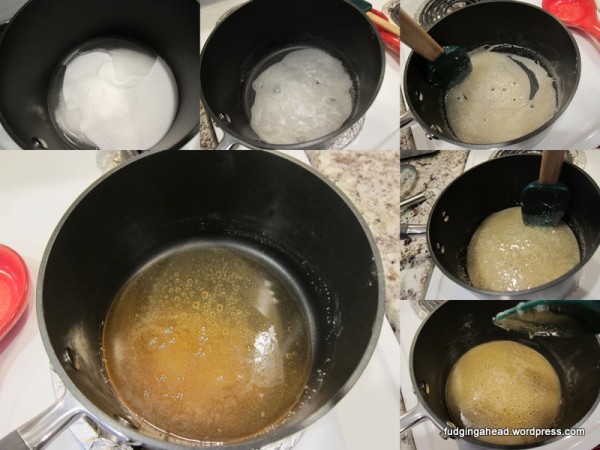